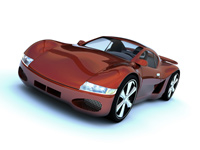 Tobacco smoke, spilled food, road kill, skunk, gasoline, smog, "doggie", urine, and mildew odors, are common odors that stink up our Cars, RVs and Boats. Air fresheners just mask the odors and often smell worst than the offensive odor, car details are expensive, and shampooing often just spreads the smell around. Earth Care Odor Remover Bags can simply be placed in your Car, RV or Boat and they will completely eliminate all these odors.

Earth Care draws in odors like a powerful magnet. The odors are adsorbed, and neutralized without any fragrances.  It does not have to come into contact with odor producer to eliminate the odor. Earth Care does not cover up odors it literally "clears the air" leaving the air fresh and clean.

How To Remove Car Odors

How To Remove RV Odors

How to Remove Boat Odors

View All Testimonials
Add A Testimonial
Copyright © 2022 Clear the Air