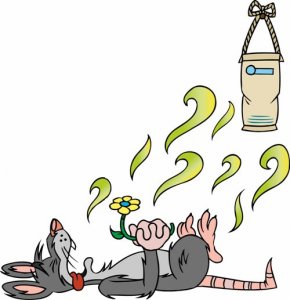 Dead rodents can die in your wall and often you are unable to find the carcass to remove it. Earth Care Odor Remover Bags are used by Pest Control Professionals to remove dead animal smells, and urine and feces odors associated with rodents. Dead animal removal is not necessary to remove the odors.

Earth Care Bags do not have to come into contact with dead rodent or odor causing agent. Simply hang the bag near the odor and in 24 hours the odor will be gone. Earth Care acts like a magnet by attracting and neutralizing smells.  Earth Care absorbs dead animal odors rather than masking them with a fragrance.

Watch this 1 minute video to learn how to get rid of dead rodent odor!

View All Testimonials
Add A Testimonial
Copyright © 2022 Clear the Air