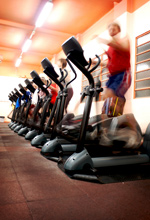 Locker rooms and gyms are frequently a source of foul odors. These odors range from uniforms and gym bags, sweaty clothes, mold and mildew from the shower rooms, perspiration odors and odors from sports equipment. Earth Care Odor Remover Bags can easily and economically remove these odors.

Earth Care Odor Remover Bags are simply hung in the area where odors are a problem and the odors are eliminated. This unique form of Earth Care Products Mineral does not have to come into contact with the odor producer; it will pull the odors from the entire area.

Clear The Air draws in odors like a powerful magnet. The odors are absorbed, and neutralized without any fragrances.

Clear The Air does not cover up odors; it literally "clears the air" leaving the air fresh and clean.

Clear The Air is made from an all natural mineral, is non toxic and biodegradable and safe for Planet Earth. It is safe to use around children and pets.

How to Eliminate Locker Room Odors

View All Testimonials
Add A Testimonial
Copyright © 2021 Clear the Air