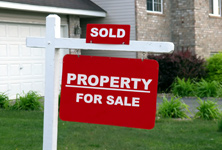 Property management companies and Real Estate Brokers and Agents deal with house odors on a routine basis. Cigarette, pet, musty/mildew, dead rodent, and cooking odors are most common. Real Estate is often slow selling/renting or discounted due to odor issues. It has been reported that approximately 5-10% of all listing have odor issues that may impact the sale.  Eliminate that old house smell.

Clear The Air Odor Eliminators are an easy, inexpensive way to solve the problem and get your property sold or rented. Clear the Air does not have to come into contact with the odor producer; it will pull the odors from the carpet pad, and sub-floor. Clear The Air draws in odors like a powerful magnet. The odors are absorbed, and neutralized without any fragrances. Clear The Air does not cover up odors; it literally "clears the air" leaving the air fresh and clean. Clear The Air is made from an all natural mineral, is non toxic and biodegradable and safe for Planet Earth. It is also safe around children and pets.

How to Eliminate Odors from House

There has been a bad smell in one of our spare bedrooms since my husband died in there five and a half years ago. We used the plug-in deodorants and sprayed the room often with Fabreze, but the smell still lingered. We removed everything in that room AND closet and the room still smelled. A neighbor told me about your product. We hung the bag and were incredibly surprised that the smell was completely gone the next day --and continues to be gone...finally!

I am amazed.... your product has worked so good and so quickly..... I have tried everything to rid our patio carpet of cat urine from our cat that...
Read More ->